Cosmetic surgery on the nose is called rhinoplasty. This practice has found many volunteers today to make  people's faces more beautiful. It can be said that this surgery is the most practical type of plastic surgery and cosmetic surgeries. This surgery must be performed by a doctor who specializes in maxillofacial plastic surgery or an ENT surgeon. The most important thing in this regard is the choice of doctor. Because the desired result of rhinoplasty largely depends on the skill of the doctor in performing it. Usually people do a lot of research in this area.

In what cases is nasal rhinoplasty performed?

In addition to cosmetic applications, rhinoplasty is also used to treat respiratory problems and other disorders. Those who are dissatisfied with the bridge or the tip of their nose and want to remove their hump or narrow the tip of the nose should use

this method. Other people who have their nose operated on for medical reasons may have a blocked nasal airway due to a fracture or congenital problems. 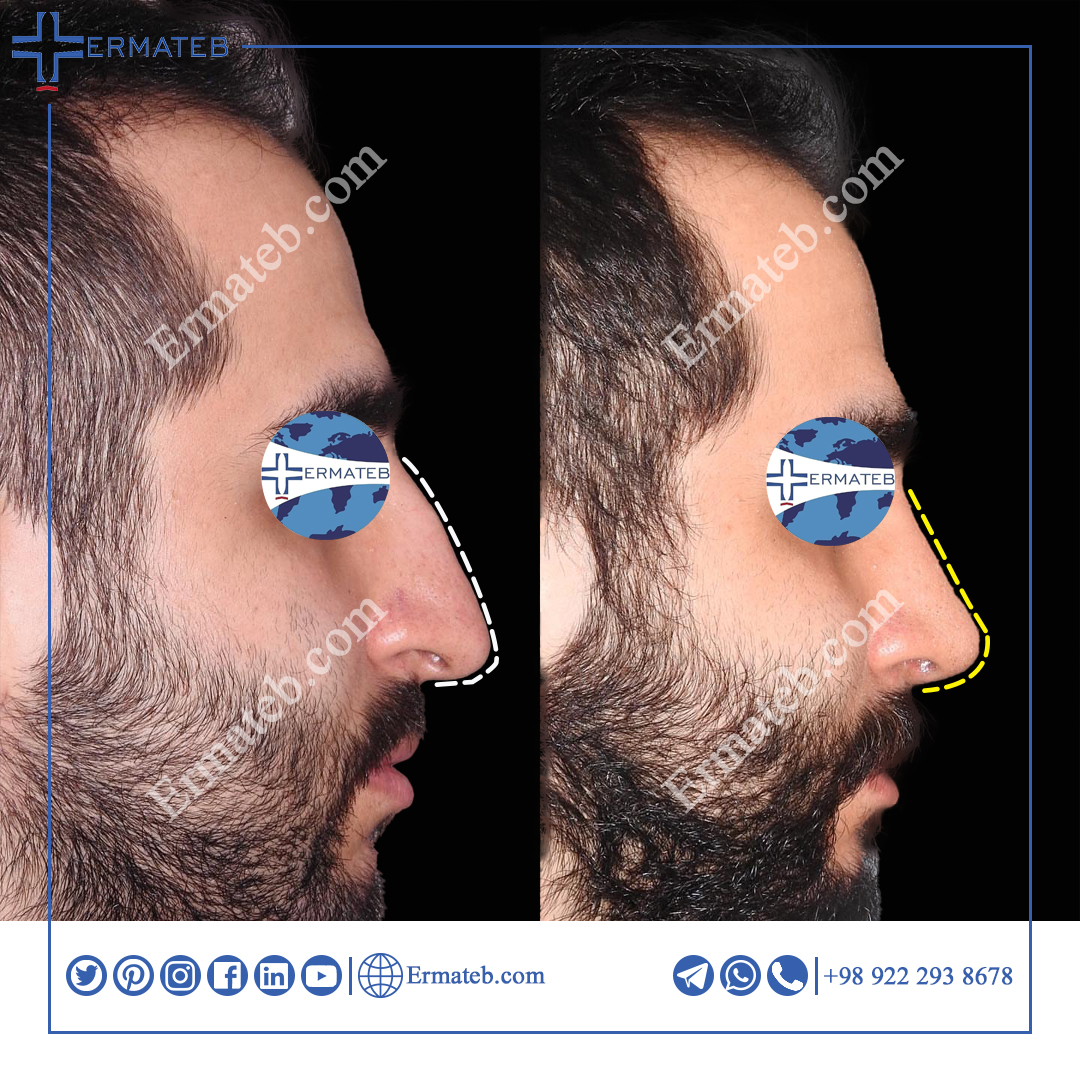 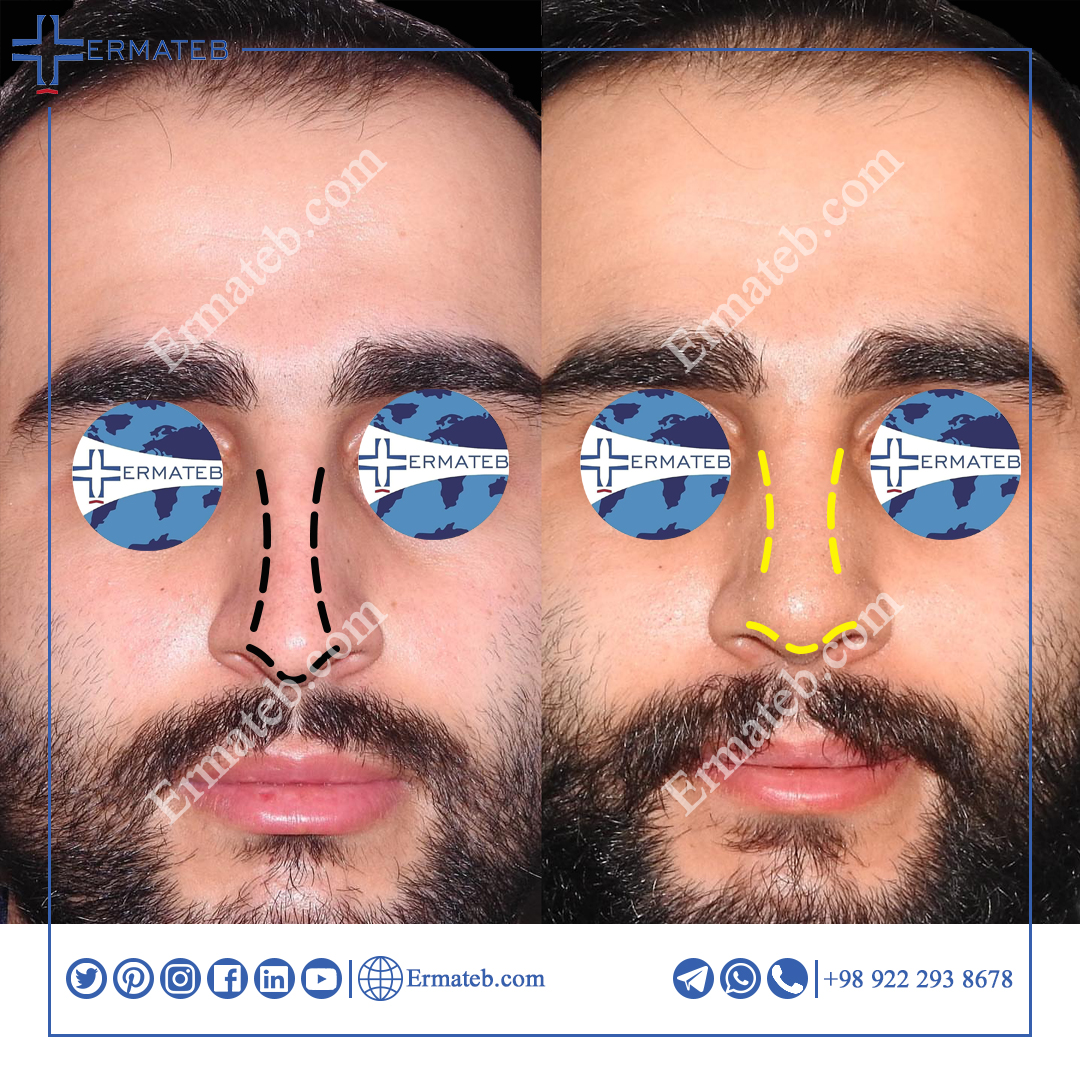 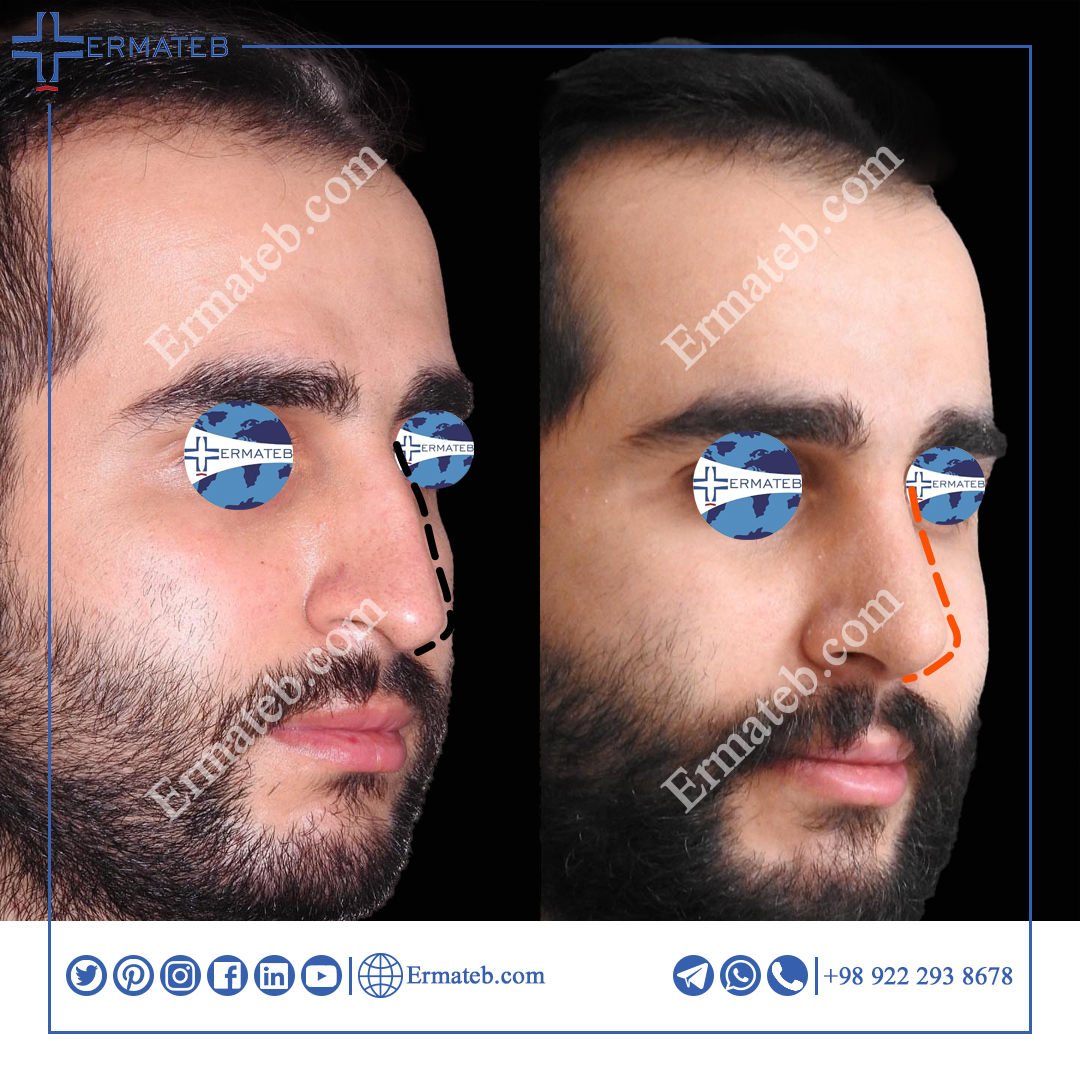 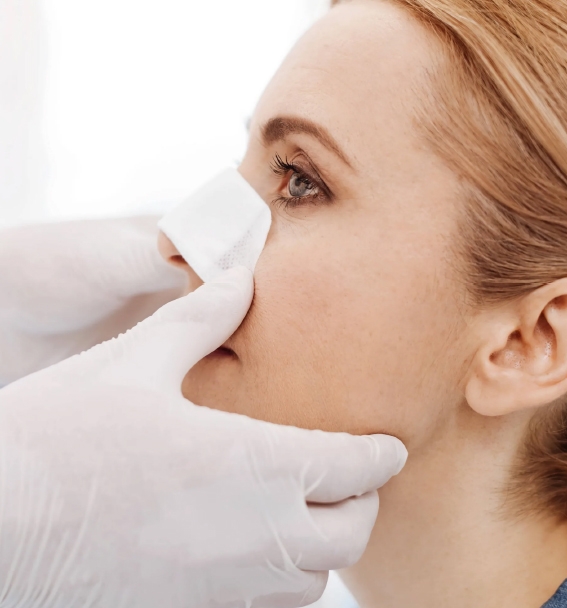 - You should use alternating cold compresses on the cheeks and around the nose for 72-48 hours. This will minimize your swelling and bruising.

- after rhinoplasty, Lying down causes your nose to swell, so try to lie down as usual after the operation.

- From the third day onwards after rhinoplasty, light work such as light housework, office work, computer work and. Is unrestricted.

- One week after rhinoplasty, you will go to the office to remove the silicone splint on the nose. In cases where the nose has been operated in a closed manner, you should go to remove the mesh inside the nose 48 hours after rhinoplasty.  You should be careful during this time. The dressing should not get wet on your nose, so for bathing, you should wash your neck from the neck down with a hand shower and then sleep to have someone else wash your hair without getting your dressing wet. 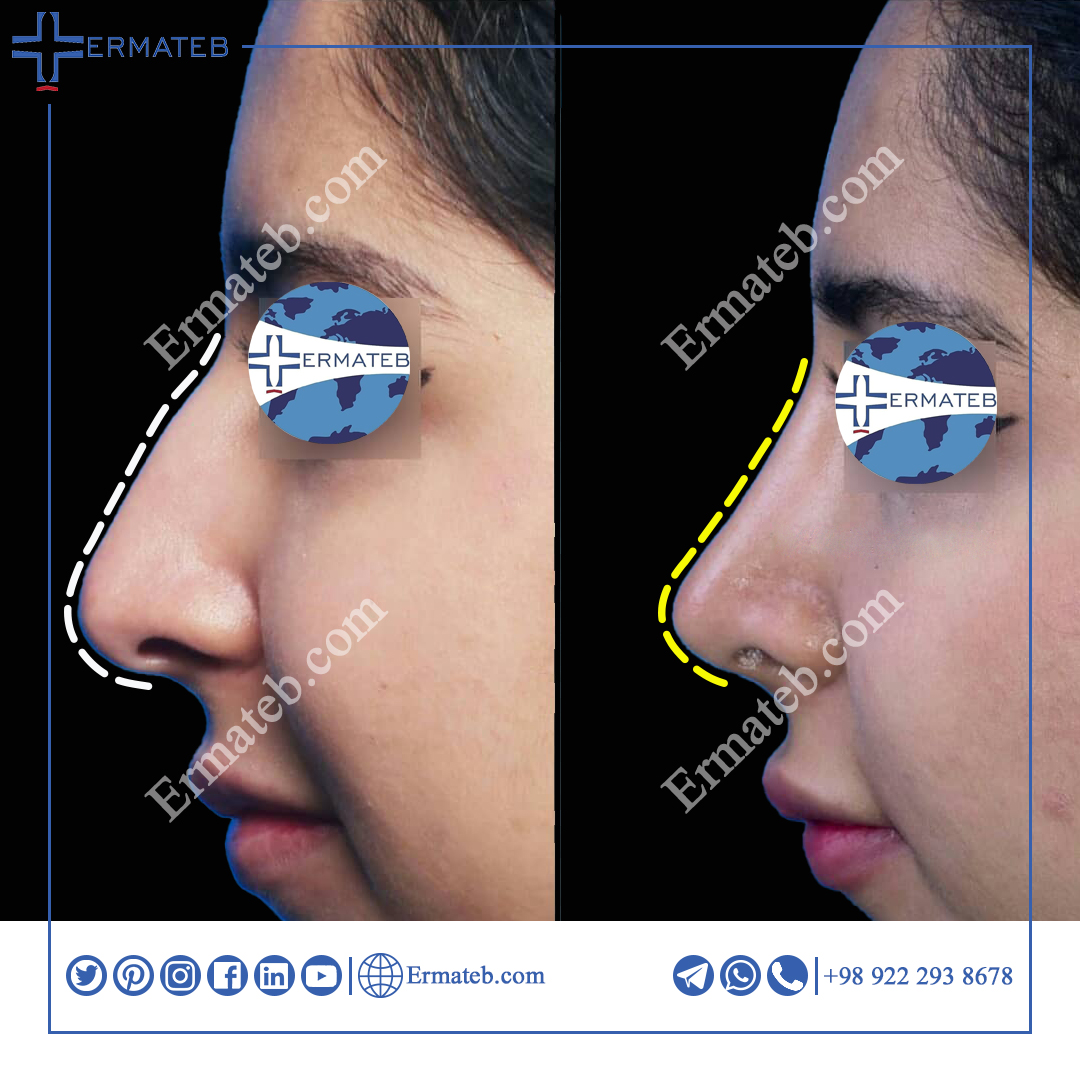 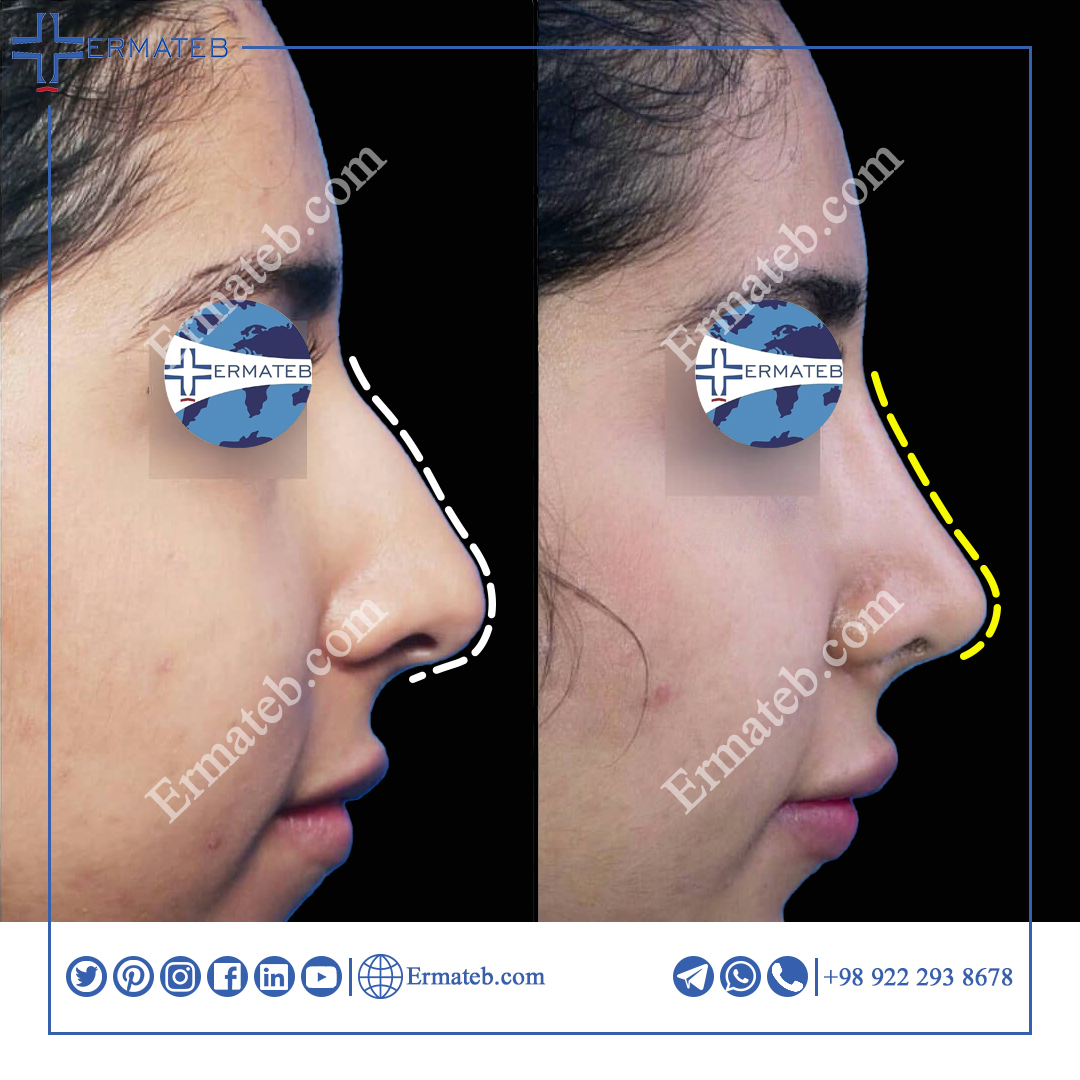 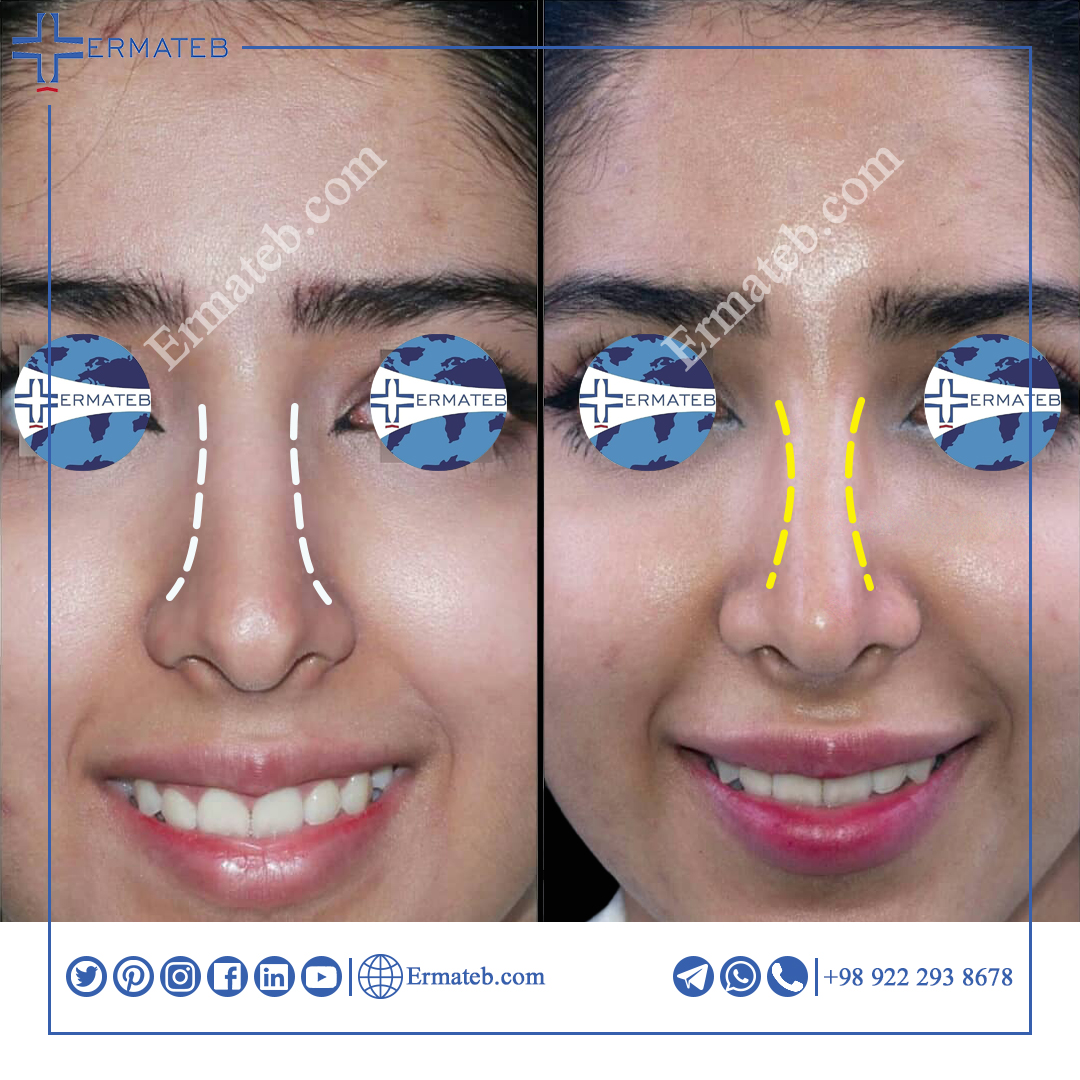 - After rhinoplasty, a small gas is placed under your nose that if blood comes out of your nose, it will be absorbed by this gas. It is better to change the dressing in case of bleeding, but do not touch the dressing on the nose.

- Until we remove the splint, you should use clothes that are opened from the front by a button or zipper and do not need to be pulled over the head to wear it.

- One week after rhinoplasty, go to the office to remove the nasal splint, and up to three weeks after the splint, you will go once a week to change the adhesive. Your next visits will be a month and three months and finally a year later. 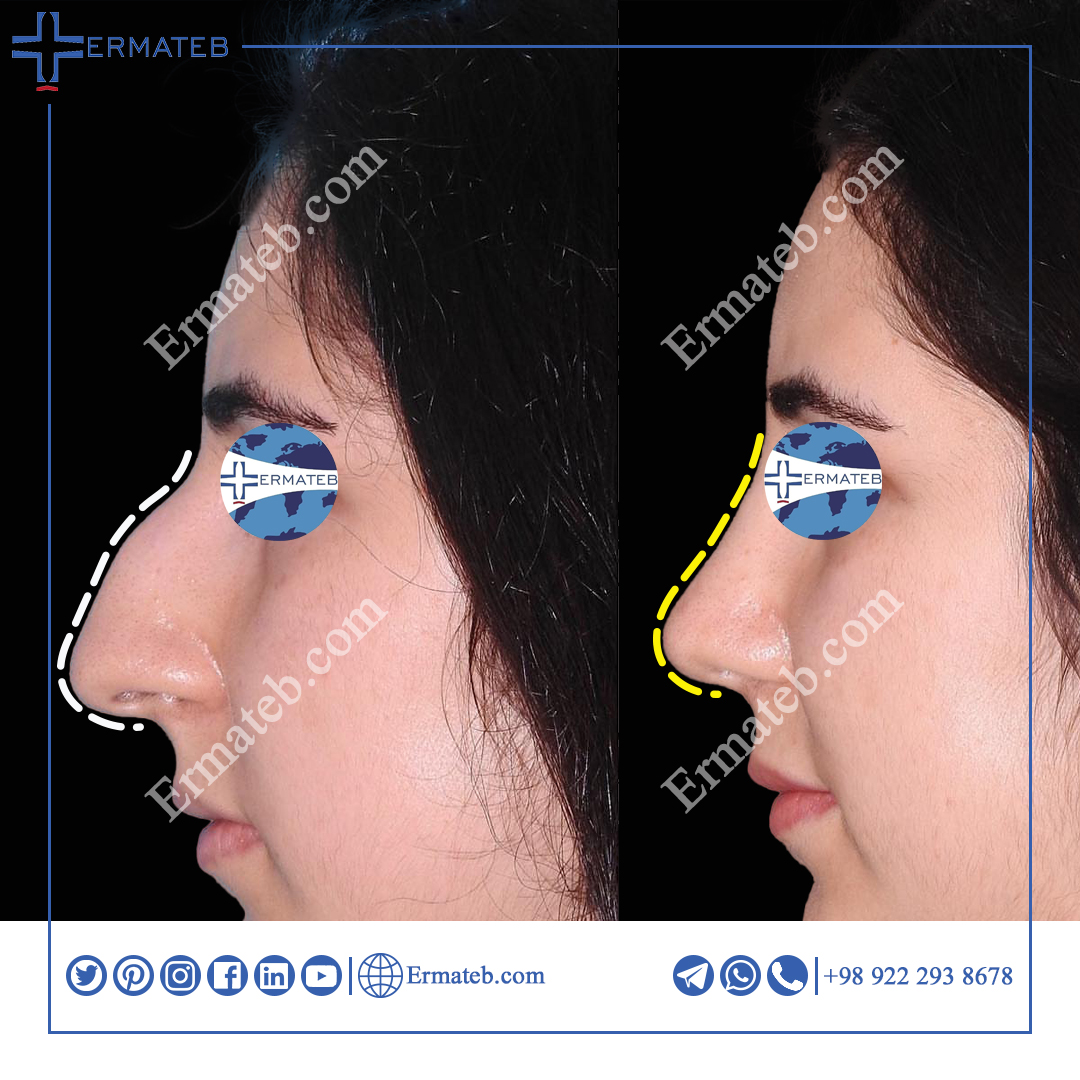 Patients undergoing rhinoplasty should consider the following 14 points before and after surgery:

1- You should not take aspirin or other anticoagulants for 2 weeks before the operation.

2- It is necessary to take antibiotics and oral analgesics prescribed by a doctor for a week after the operation.

3- For 48 hours After rhinoplasty, it is recommended to use a cold compress (ice bag) and keep the head a little high (15-20 degrees).

4- It is recommended to use sodium chloride drops inside the nose every 8 hours.

5- It is necessary to use topical antibiotic ointment on the place of nasal sutures after rhinoplasty.

6- It is necessary to return to the office one week after rhinoplasty. In cases where a mesh has been placed inside the nose (closed operation method), you should visit 48 hours after the operation.

8- On the sixth day, the stitches, glue and splint are removed inside and outside the nose and you will be taught how to glue again.

10- Re-visit is necessary one month and three months and after one year after rhinoplasty.

11- It is necessary for a month, after removing the splint, in the first week, put the splint on the nose at night and hold it with glue.

12- Re-photography and any corrective operation on the nose will be done one year later.

14- Use anti-scar ointments for three months to remove incisions in open rhinoplasty. 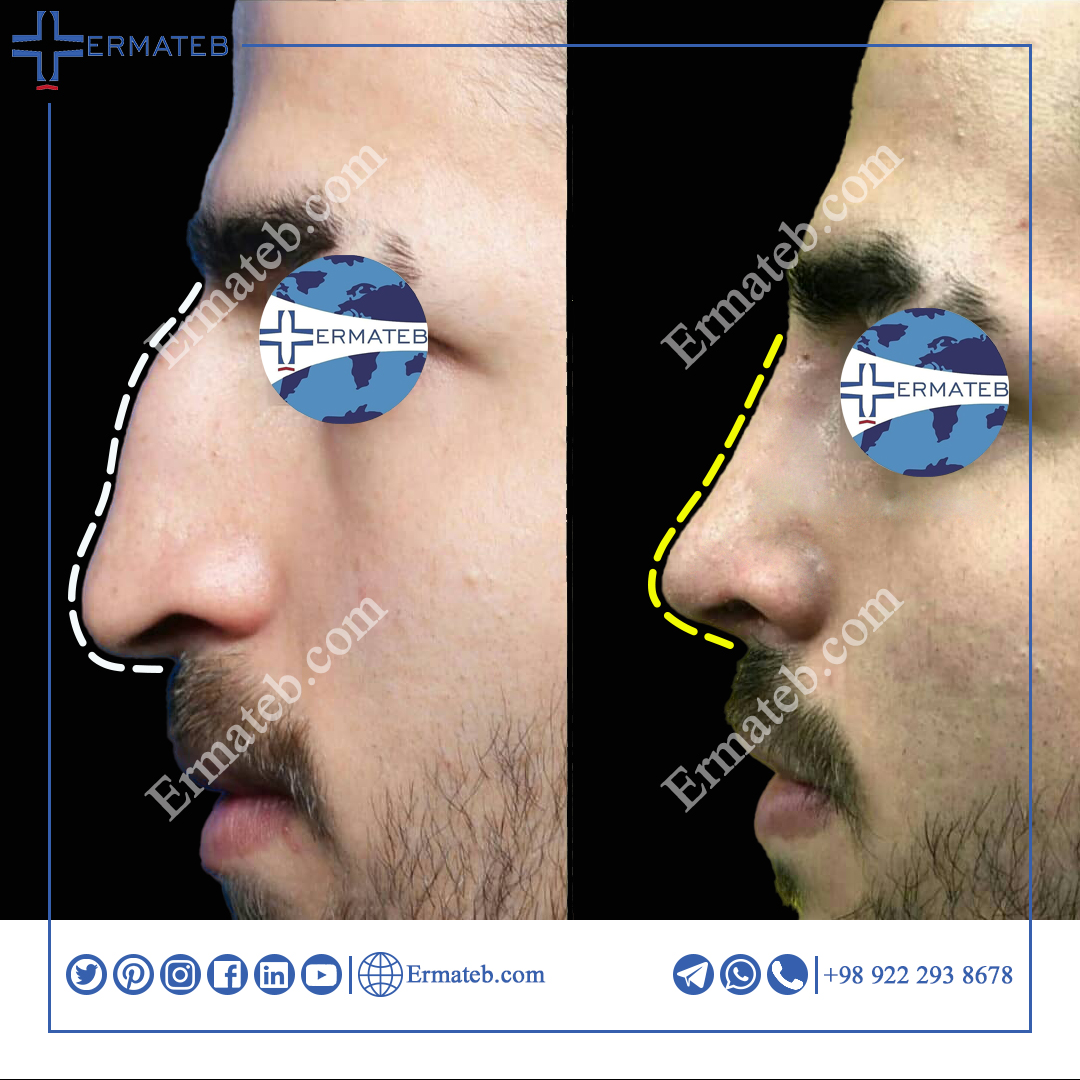 Brush your teeth gently and avoid shaking your upper lip to keep your nose still.

Avoid laughing, smiling and any movement if you need to be very active after rhinoplasty.

Do not wear tight-fitting clothes for a week.

Avoid exposure to direct sunlight, which can cause inflammation.

Do not wear prescription glasses or sunglasses for at least three weeks.

Contact lenses can be used three days after rhinoplasty.

You should wait three weeks for sports activities such as swimming.

Following the following recommendations is recommended after rhinoplasty:

Keep your head as high as possible after the nose job. Keep your head above body level at bedtime for at least 2 weeks after rhinoplasty. To do this, place two pillows under your head while lying down.

When resting, apply an ice pack to the nose and middle of the face. Ice packs are only effective in the first 48 hours after rhinoplasty to reduce swelling and bruising. After two days of ice packs, it is used to reduce pain and discomfort after surgery. Avoid bending or lifting heavy objects for two days. Doing so, in addition to exacerbating swelling, raises blood pressure and increases the likelihood of bleeding.

Protect your nose from any blows or injuries.

Take rhinoplasty seriously for 4 weeks after rhinoplasty, and avoid excessive exposure to sunlight to avoid the risk of hyperpigmentation. However, if you use sunscreen with SPF 30 every day, you can be exposed to normal sunlight. During the summer, reapply sunscreen every 2 hours to prevent nasal burns

Avoid exposure to sunlight after rhinoplasty.

After washing your hair, use only a hand dryer to dry it, and avoid sitting under the dryers that are commonly used in hairdressers for at least 2 weeks.

Avoid lifting your nose for a week after rhinoplasty (trying to force air into your nose, which some people do when they feel a stuffy nose). Lifting the nose does not relieve the feeling of tightness, but intensifies it because by doing so, the suction created in the nose creates more swelling.

Do not fin for two weeks after surgery. This can cause bleeding. During the second week you can fin in the bath. You can use saline spray to clean your nostrils. You can buy this nasal spray from a pharmacy without a doctor's prescription.

Avoid scratching your nostrils or the base of your nose with a tissue or your hand. In addition to exacerbating swelling, this can cause infection, bleeding, or deformity of the nasal cartilage.

If the stitches at the base of your nose are absorbent, clean them 4 times a day with hydrogen peroxide and apply Aquafor or Vaseline on the stitches. Keep the sutures inside the nostrils moist with Aquafor. After cleaning this area with hydrogen peroxide, apply Aquafor to the sutures using an ear cleaner. This should be repeated 4 times a day. Doing this regularly will keep the stitches and sores inside your nose soft and you will feel comfortable as a result.

Ermateb is a facilitator in the medical tourism industry. One of the important goals of this company is to provide the best medical services with the highest quality. In this Group, we consider the commitment and responsibility for the welfare and comfort of patients as a turning point to provide the best services in the field of medical tourism, and we are committed to this covenant. 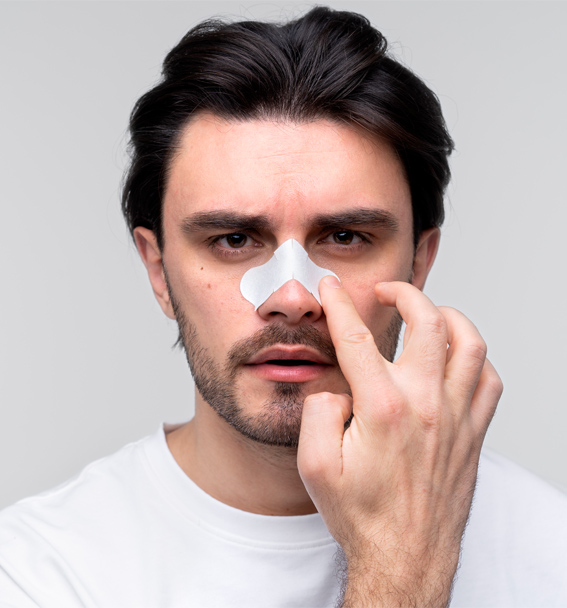 nose rhinoplasty
Rhinoplasty is one of the newest methods of rhinoplasty that can have therapeutic applications. 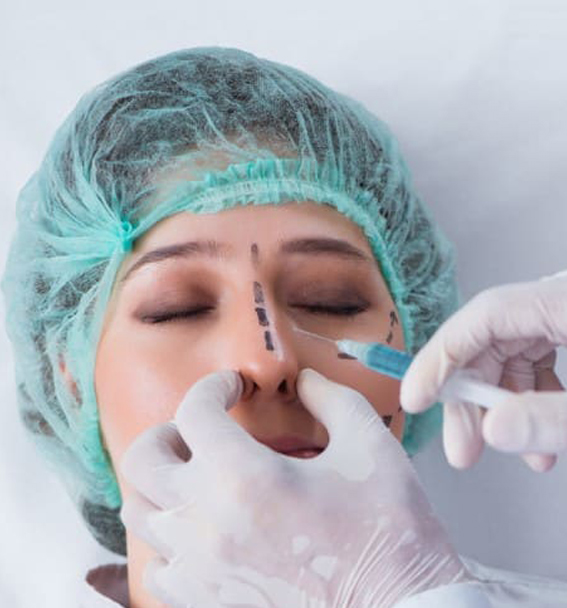 Rhinoplasty Surgery
The nose is one of the most prominent components of the face that has a great impact on the
The Hospital is in your hands!